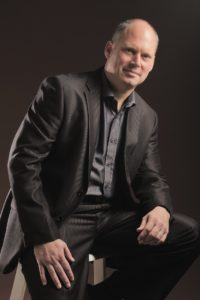 “Hecht obviously believes in this music, and plays it with loving care and commitment. He is more of a poet than a showman…he reveals a tempered, lyrical approach far removed from the pyrotechnics of Horowitz but equally engaging in its own right.” Opus Magazine
American pianist Thomas Hecht was invited to Singapore in 2003 as the Conservatory’s founding Head of Piano Studies. Over the span of nearly three decades he has concertized internationally as concerto soloist, recitalist, chamber musician and as a member of the acclaimed duo-piano team Hecht & Shapiro, winners of the ARD Munich International Two Piano Competition and USA National Duo Piano Competition. He was the former Head of Piano Studies and Artist-InResidence at the School of Music at Victoria University in New Zealand and prior to that served for many years as Professor of Piano and Artist-In Residence at the Cleveland Institute of Music (USA).
Professor Hecht has performed in many of the world’s cultural centres, appearing with leading orchestras such as the New York Philharmonic, Cleveland Orchestra, Baltimore Symphony, Stuttgart Symphony Orchestra, Bavarian Radio Orchestra, Johannesburg Festival Orchestra, Singapore Symphony Orchestra, Artsakh Symphony Orchestra and New Zealand Symphony Orchestra. Career highlights include performances at the Lincoln Center in New York, Berlin Philharmonic Hall, the Kennedy Center in Washington, and solo recitals in Korea, Japan, China, Taiwan, Vietnam, Thailand, Malaysia, Italy, Serbia, Montenegro, Germany, South Africa, and throughout all the major centres of Australia and New Zealand. He has performed over a dozen different concerti while living overseas; among the most recent of these was the Asian premiere of Thomas Ades’ Concerto conciso and summer performances of Beethoven’s Piano Concerto No. 4 in Armenia and Australia and next month at the International Piano Pedagogy Conference in Taiwan.
Thomas Hecht is a graduate of the Oberlin Conservatory where he won first prize in the concerto competition and the Kaufmann Award for excellence in chamber music. Later he was accepted for graduate studies at the Peabody Institute as a student of Leon Fleisher, who was so impressed with the young pianist’s abilities that was soon asked to become his mentor’s teaching assistant, an honor which Fleisher – one of the great pianists of our time – had never before bestowed on any pianist. His merits and many noteworthy achievements were recently celebrated at Peabody where he was presented with the coveted Young Maestro Award, honoring alumni who have distinguished themselves in their performing careers. Dr. Hecht also enjoys a well-deserved reputation as one of the leading teachers of his generation, having produced a multitude of first prizewinners in solo and two piano competitions throughout the United States, Europe and Australasia. He has given master classes at renowned institutions such as the Royal Academy, Royal Northern and Royal Welsh Colleges of Music, the Paris, Eastman, Oberlin, Peabody, Sydney, Beijing and Sichuan Conservatories and the Hong Kong Academy of the Performing Arts. He served as Visiting Professor at the Peabody Institute under the auspices of the first YST-Peabody faculty exchange programme, while other guest residency invitations have included the Conservatoire de Paris, Guildhall College of Music & Drama the University of Trossingen. His Singaporean protégé, Abigail Sin, was the first South East Asian pianist to be named a Young Steinway Artist.
Throughout his career he has represented USA, New Zealand and Singapore on jury panels of the Gina Bachauer, Geneva, Isangyun, Ibiza and Paralympic International Piano Competitions in addition to the national piano competitions of Japan, Thailand, Australia and South Africa. He receives regular invitations to summer piano festivals, including performances in Sydney, Beijing, Wellington, Lausanne, Chethams, Washington, Taichung, Amalfi, Bavaria, Artsakh and Brasov (where he is Honorary Professor of Piano at the University of Transylvania), and continues to be in demand for workshops and pedagogy conferences throughout the world.
Thomas Hecht is a Steinway Artist and records for the Azica, Elysium and Atoll labels.
“Hecht’s very polished reading [of the Copland Sonata] brings out its extremes in contrast— discordant harmonies, jazzy riffs and deep contemplation in the finale. This is as fine as the legendary 1951 William Kappell performance at the Frick Collection, but served with far better sound.” Straits Times, Singapur