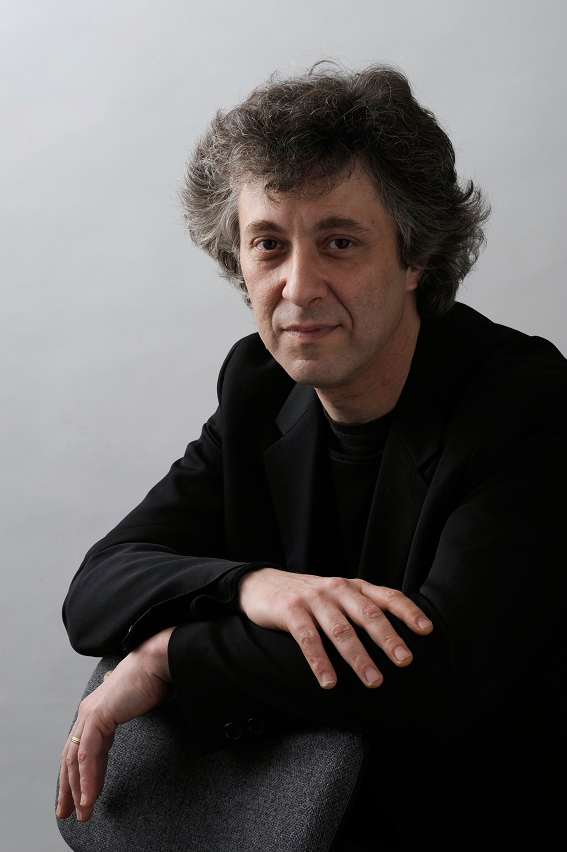 Born in Lvov, Ukraine in 1960, Sergei Edelmann comes from a long and outstanding musical heritage; his father, Alexander Edelmann, renowned pianist and pedagogue, a pupil of both Felix Blumenfeld (professor of Vladimir Horowitz) and Heinrich Neuhaus (professor of Sviatoslav Richter) taught Sergei since the age of 5. In his native country, Sergei’s first orchestral performance was at the age of 10 playing Beethoven’s First Piano Concerto. He subsequently performed extensively in recitals and with orchestras throughout ex-USSR.

After immigrating to the United States in 1979, Mr. Edelmann has quickly established himself as a significant and highly acclaimed pianist of his generation and has since become a leading artist both in the concert hall and in the recording studio. His BMG Classics/RCA Red Seal CDs with the Bamberg Symphony under the baton of Claus Peter Flor and the Stockholm Philharmonic Orchestra with Paavo Berglund include both Mendelssohn concertos and the Strauss Burlesque, and his series of solo recordings of Beethoven, Schubert, Schumann, Chopin, and Prokofiev, have gathered enthusiastic critical acclaim. In the fall of 2008 Mr.Edelmann has embarked on a major new series of recordings for the Japanese label “Triton”, first of which, with works of J.S.Bach, was released in February 2009, the second, dedicated to R.Schumann came out in June and in September 2009, the Chopin album, which includes 4 ballades. In March 2010, came out the album of Liszt Sonata and Schubert’s “Wanderer” Fantasy and in October, November consecutively – one double CD with Chopin sonatas and another with Beethoven sonatas.
His solo recitals in the United States have included Chicago’s Orchestra Hall, New York’s 92 nd Street “Y” and Metropolitan Museum of Arts, Pasadena’s Ambassador Auditorium among numerous others. In Europe he has performed in Paris, Amsterdam, Brussels, Madrid, Munich, Detmold, Frankfurt, Milan, Turin, Ferrara, Siena, Florence and in Asia he regularly appears in Tokyo, Taipei and Seoul.

Recently, Mr. Edelmann performed in the Mozart celebration concert with Moscow Soloists at the famed Great Hall of the Moscow Conservatory, was a soloist in J.Brahms Piano concerto No.2 with Sinfonia Warsovia for the tour of Italy and, in June 2010, he was invited by Martha Argerich to participate in several concerts at the Lugano Festival.
The 2011/2012 season was highlighted by performances of the complete Beethoven concertos cycle with the New Japan Philharmonic in Tokyo. The leading conductors he has collaborated with include Yuri Bashmet, Franz Paul Decker, Valery Gergiev, Claus Peter Flor, Lawrence Foster, Hans Graf, Gunther Herbig, Raymond Leppard, Hirokami Junichi, Yoel Levi, Vladimir Yurovsky, Eduardo Mata, Gerard Schwarz, Peter Csaba, Saulus Sondeckis, Lawrence Leighton Smith, Semyon Bychkov, Catherine Comet and Maxim Shostakovich.